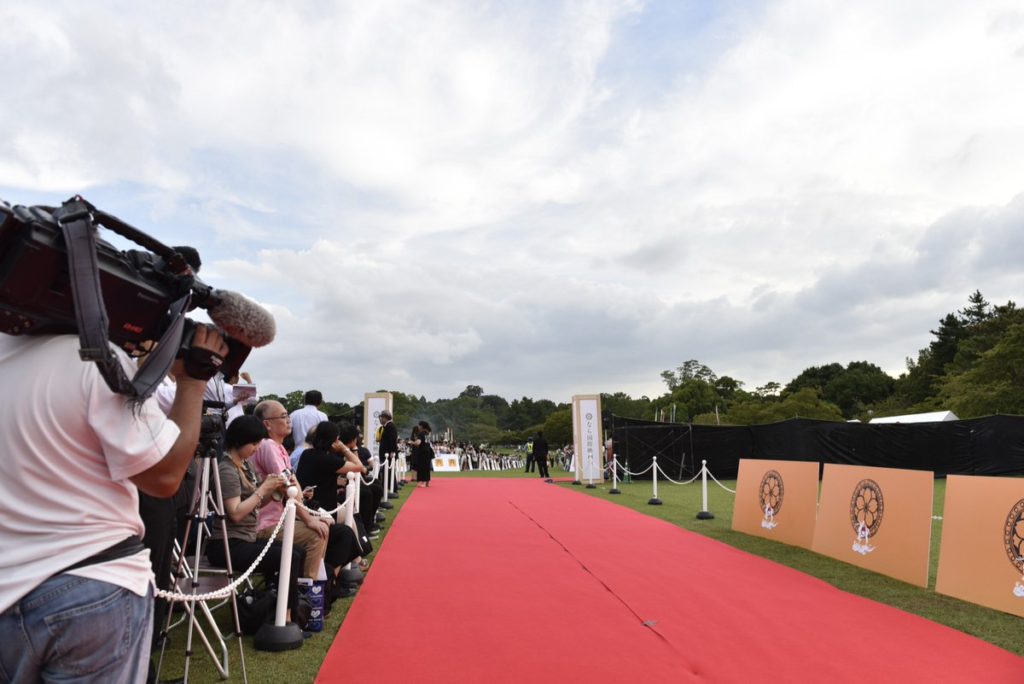 The 6th edition of Nara International Film Festival will be held on September 18th to 22th, 2020, and we are opening the submission for the NARA-wave Student Film Competition section.

The Nara International Film Festival (NIFF) is a biannual film festival, and NARA-wave is one of our film competition programs, which only focuses on student films.

Submitted films for the section will be reviewed by our Film Selection Committee members, and selected films will be invited to NIFF2020.

NIFF will provide subtitling service for the selected films.

NIFF celebrates emerging filmmakers by providing opportunity to present in the festival, and after the festival, we continue to support NARA-wave films to participate other film festivals and screening events.

The first prized director of the NARA-wave competition will be awarded with the Golden KOJIKA Award and will receive a right to make a project proposal for the 2022 NARAtive film making program along with other award winners.

We are looking forward to discovering aspiring talent of an up and coming generation of filmmakers.

Purpose and Objective of NARA-wave

An original film directed by a student (the director or main production crew(s) was(were) student(s) at the time of completion. *Students here refer to university, graduate, and post-secondary students, and other students with equivalent education status.).

No restrictions regarding the genres of the films as long as the film is projecting point of you.

No restriction for lengths of the films.

Submission limited to ONE film for one director.

It could be any video format.

To submit your film, fill out the entry form (link below) completely and in the form, provide us a streaming link (such as Vimeo/You Tube) of your film OR send your DVD or Blu-ray to the address below.

*Please note that your film streaming URL is password-protected and not for public for viewing. Please provide the password with your synopsis for the streaming link.

*DVDs, Blue-rays, and other materials sent for submission are not returnable.

If you have any questions considering the film application, please contact us at: info@nara-iff.jp